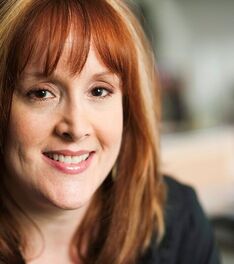 'Bring what you have and we will build on it.  We will be in this together, creating and collaborating to make your unique sound and original performance style.  We will work hard, learn a lot, and laugh and laugh and laugh.'
Ms. Cammett specializes in Vocal Technique, Vocal Health, Acting, Audition Technique and Performance Coaching.  ​Her teaching centers on modern voice science as applied to traditional and contemporary voice training. She is known for her technical skills, identifying and correcting vocal flaws quickly.  Her students have won competitions, been accepted into top music and theater schools, and pursue careers in music.  Current students and alumni can be seen performing anything from lead roles in community productions and Broadway tours to lead singers in internationally known bands.

She holds a BA (Summa Cum Laude) in Theatre, a BBA and a Masters (With Distinction) in Solo Voice Performance with an emphasis on Musical Theatre and Vocal Pedagogy, and the proud recipient of a Joan Frey Boytim Award via The National Association of Teachers of Singing (NATS).  She also holds a Certificate in Vocology via the National Center of Voice and Speech and has received additional training in voice habilitation and the use of technology for voice analysis and correction.   She is very interested in  voice science research as it applies to pedagogy as well as the use of technology for voice training. ​In addition to college coursework, she has had 13+ years of private voice training and coaching. Additional masterclasses, lessons and studies were with Lynnde, Dawson, Susan Roper, David Maxwell Anderson, Dr. Ingo Titze, Dr. Kittie Verdolini, Carlos Serrano, Richard Raub, Robin Humphries, Frances Greep, Bard and Jan Suverkrop, Blyther Walker, Karl Resnik, Allan Mosher, and Jeffrey Peterson.  As well, she passed the Praxis I and Praxis II Subject Assessments in the areas of General Music and Theater.

As a conductor and director, she has led children and adults in choral groups, shows, and opera from High School Musical and Evita to Dido and Aeneas.  She has taught courses on auditioning, diction, voice, opera, acting, and the music industry.  Behind the scenes, Kathy has  been an innovator in designing programs to educate and attract young audiences to the arts, chaired fundraising events, and served on the boards of a variety of performing arts organizations.   Other roles have been as Executive Director for the inaugural year of a comprehensive arts and academic based summer school for elementary through high school students, Artistic Director for an adult chorus, and Production Manager for a new 800+ performance venue. 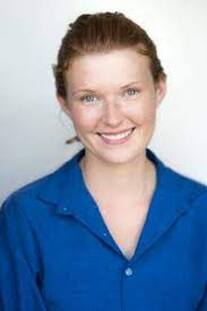 Kat Reeve, Voice Teacher, BA, MFA
Kathleen ‘Kat’ Reeve is a graduate of Boston University and holds a Bachelors of Fine Arts in Vocal Performance as well as a Masters of Fine Arts in Acting from Bristol Old Vic Theatre School in the UK.  As a performer, her background spans music theater, singer-songwriter, and classical/opera.  She studied with Ms. Cammett for 8+ years and has been teaching since 2020.
​
​As a teacher, her goal is to create a safe and welcoming environment for her students to fail in (yes you read that correctly!) and strongly believes that the only way to learn - especially a skill as vulnerable as singing - is to just jump in and be prepared to make some strange noises. :)

In her spare time she runs, learns fun facts about history, and enjoys a cup of tea with a fantasy novel.  The New York-based teacher still calls New Hampshire 'home' in her heart.